Health Care Utilization and Complications Rates among Users Of Hydrophilic-Coated Catheters5. Observational study of catheter-associated complications in 288 long-term (mean of 10 years) LoFric users. The results suggest that LoFric use reduces the risk of complications associated with intermittent catheterization and that users may benefit from a change to LoFric.

Observational study in 155 LoFric users that provides long-term evidence that intermittent catheterization using LoFric reduces the risk for urethral complications, including UTI. For example, 65% of the patients were UTI-free and 39% had sterile urine after 7 years with LoFric.

Bakke et al. report the results of an observational study of Norwegian patients practicing intermittent catheterization with focus on complications. An initial sample of 302 patients who were previously evaluated 7 years ago were asked for participation. Questionnaires from 170 patients and urine samples from 150 patients were evaluated. Patients in the study had different background; 32% had higher spinal cord injury, 36% had lower spinal cord injury and 31% had bladder dysfunction of unknown etiology. The mean duration of intermittent catheterization was 8 years and 9 months and 91% used LoFric catheters. The results showed that 65% of the patients had no signs of clinical UTI, 35% had signs of clinical UTI (6% with pronounced symptoms and 29% with only minor signs of UTI). Bacteriuria was found in 61% of the urine samples. The dominating species were Escherichia coli for women and gram-positive cocci for men.

Frequency was also found to be predictive for bacteriuria where patients with a low catheterization frequency were less prone to have sterile urine. The study reports that sterile urine was seen in 31% of the patients not using antibiotics and in 54% of those who did. 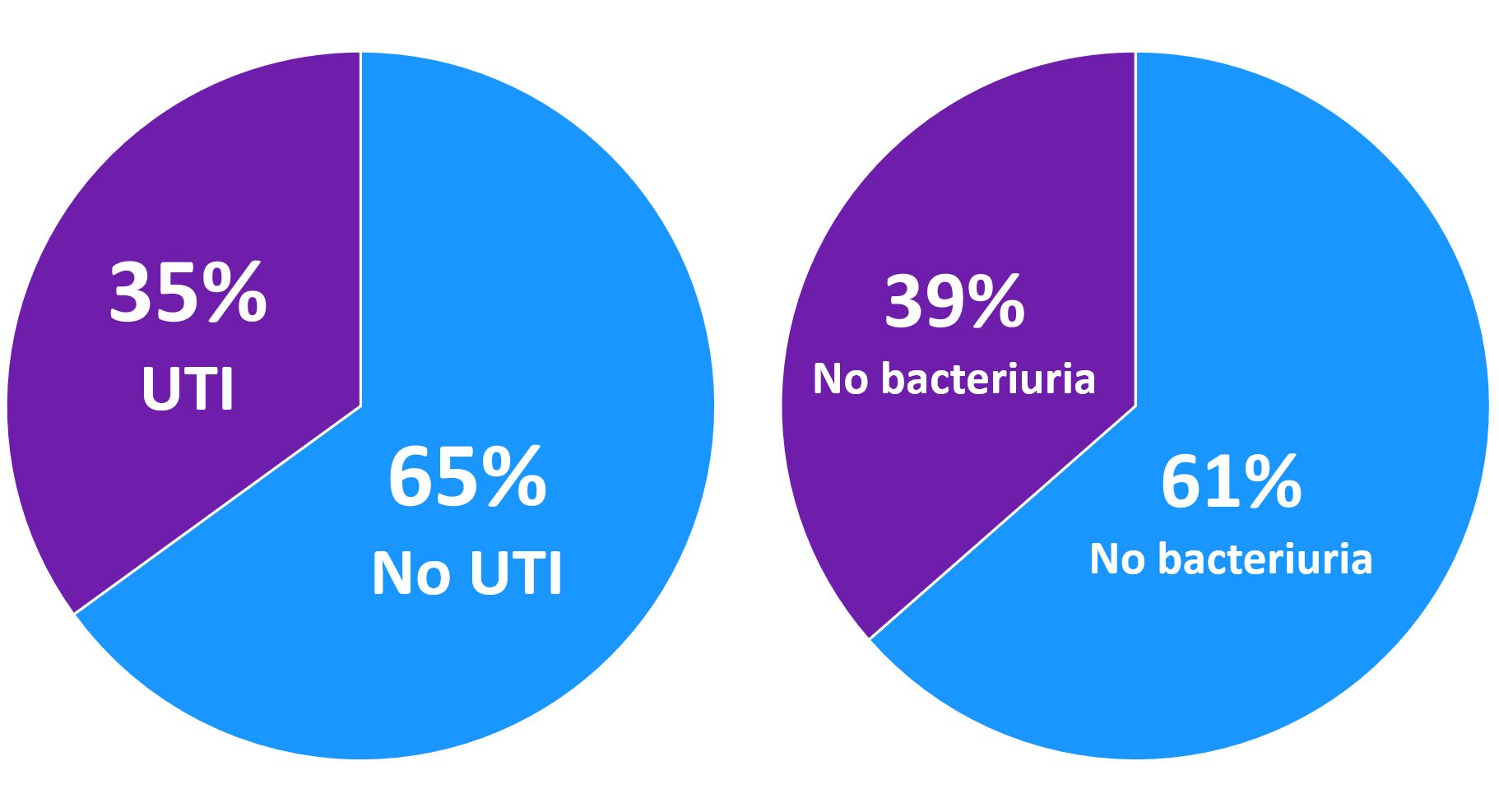 Figures based on results reported by Bakke et al. 199726

Retrospective analysis that proposes that long term use of LoFric hydrophilic catheters reduces UTIs and prevents urethral trauma. For example, no new urethral trauma was identified during a 5-9 year follow up of 30 LoFric patients.